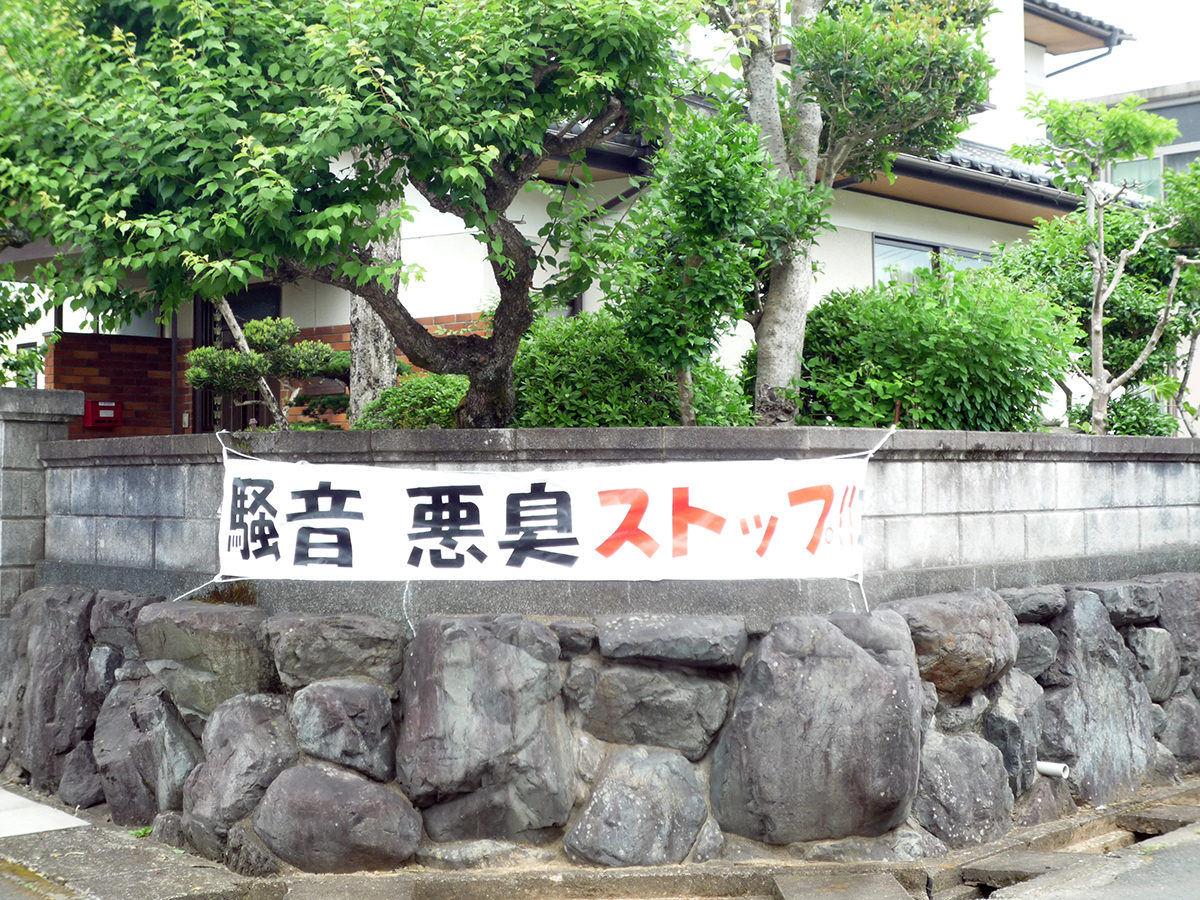 Hazeshinmachi, a town suffring from pollution caused by a palm oil power plant.

The corporation owning this plant said that they would not cause any problems to the nearby residents.

However, since the power plant began operating in June 2017, noise and terrible smell from the power plant have affected people’s health in ways such as nausea, headaches, and insomnia.

The actual power plant is surprisingly small that it is difficult to imagine that a power plant of such size can bring great harm to the environment.

The environment of peaceful town has changed since the power plant started its operation.

Now we see a lot of banners and flags asserting against palm oil power plants.

Stress and discomfort by the bad smell. (75 cases)

Unable to open windows because the bad smell permeates inside. (23 cases)

These health hazards are spreading around the town, and many residents, from kindergartners to seniors, are being harmed.

After two years of suffering, the petition which demands measures for stopping pollution was finally granted.

The residents requested disclosure of the power plant’s inspection results.

The operators lowered the amount of the power plant’s output during the inspection.
It is deceiving!


The corporation explained that they could not disclose information about the power plant, such as the amount of its output, because it is confidential corporate information.

However, it is evident that the noise and exhaust level decreases when the power plant is running at its lower capacity.

After the inspection, which was just a formality, the output of the power plant was increased and back to its average level.

The palm oil power plant in Fukuchiyama is still running while tormenting residents.